A short non-fiction piece about my recent visit to Israel. Any literary magazine interested in publishing it – please send me a brief cover letter, a short bio of your publication and why do you think your magazine is right for my writing (up to 250 words). Submission fee is $7 (paypal to oribeacon [at] gmail.com). Due to a large amount of submissions I won’t be able to answer personally each submission, but I promise to consider any large or small publication without bias. Please share with your editors friends.

Five Days in the Holy Land

Five days in the holy land. It’s been more than three years since my last visit. I am here now, in America, a Jewish man who chooses everyday not to live in Israel. “I’m pregnant,” said the email that brought me here. And what’s here and there these days, what’s a promised land, what’s a cursed one? Give me your hand, said one leader to the other and so they danced naked in the forest while their people are still killing one another.
Rabbi Nachman, the 18th century Hasidic Rabbi left the Ukraine for his journey to the holy land. But he did not make it to Jerusalem. Jerusalem itself is an unfinished journey, trying to make it to all the dreams and illusions people have about it. One night I was walking out of the old city of Jerusalem. I cut my finger somehow, rubbed the blood on the walls of the old city pretending I’m the messiah, knowing how crazy it is. “If I’ll ever forget you, Jerusalem, my right arm would get paralyzed.” says the psalm that Jews have been chanting during the wedding ceremony, as they break the glass to remember the destruction of the city. Our friend Stephan thought it is a political statement and didn’t want to include it in his wedding. The convert lesbian Rabbi refused to conduct the wedding without it.
The Wall by Pink Floyd, that album flushed through my bare teenager soul. And here I am, some twenty years later, comfortably numb. I was once in a party in which they played Mami, one of Israel’s harshest protest songs: the story of a young Jewish girl that is raped by seven Palestinian workers. “We’ll fuck you ’cos we were fucked”. People danced, the land is being raped for centuries, the Greek, the Romans, the Ottomans, the British and the Jews all sodomize the land in one neverending occupation. They build walls and highways all over the ancient hills, but very few bridges.
I talked to a prophet in a cafe in Tel Aviv. He quoted this and that, explaining why it’s all bound to collapse, how capitalism, corruption and Netanyahu ruined Israel. One year there’s an election, the next year there’s a war, he said. But he didn’t look in my eyes while he was saying that. It’s over. The dream is gone. The skyscrapers, the alleys, the guns, the souls of the unprotected folks who had to die through all of this. The cause and the price we had to pay. Wars are always stupid.
A silly pop song, an American one. I remember the first Mcdonald’s in Ramat-Gan. I was ten, there was a one hour line in order to have a taste of the American dream. And now how I crave these hole-in-the-wall restaurants in the old city. The fig tree is poisoned, its fruits are filled with the juice of hate and intolerance. So are the dates, and even the hummus. And what makes a place? Its smell, its food, its music. Its ideas, its violence, its history. Cultures rise, cultures fall, it’s all just stories we tell ourselves.
There’s no privacy in Israel. In government offices and banks clerks scream questions about your private matters to the superviser across the hall, always giving you a sense that they’re doing you a favor. Everyone smokes there. The single justifiable war America had fought in the last fifty years completely failed to make its way overseas. It feels like everything can get blown away any second, and there’s always enough smoke in the air to make it evident there is fire. The tone of voice there. The fact that I don’t miss it so much. It’s been three years since the last visit, and facebook gives me a taste of home without the aftertaste.
The Hebrew in Israel is often broken. “Nahag, shtayim Akhora”, Driver, two back, said the woman who passed money to the shuttle van driver, a sentence that makes no grammatical sense, while passing to the driver twelve Shekels, six Shekels for each passenger who sat in the back. Languages have lives of their own, and so the Biblical Hebrew had to fit somehow into the shuttle van, the street and the checkpoint. Hebrew and Arabic make love for over a century, a passionate, forbidden affair. Bad words here and legal terms there, like semen and eggs.
Some things you just can’t translate; the puns, the context, the sense and the non-sense of a culture, they’re often untranslatable. But I’m writing this in English, I can’t express it that way in Hebrew, not anymore. “It’s scary,” told me an Israeli writer, a wife of, who suddenly found herself in New York. “And what if I won’t have any language?”
The air got thicker, another war started, it’s only a matter of time. The temple is broken, the heart still functions.
I gathered my childhood memories in a small, portable container. Kissed my mom goodbye and went over to the Duty Free store to get a popular book, The History of Tomorrow. I never thought I’d leave. Was never too excited to travel, always happy to come back. Maybe it was the war, or the pregnancy, or New York. Anyway, I’m here now.

A short picture book memoir about my father’s passing and mt own parenting. You can read it here or get a copy here

The Magic Bagel is an interactive children’s book I co wrote with my daughter Maayan and takes place in Beacon, NY. The third issue, “New Adventures of The Magic Bagel” is about to come out and is inspired by a program in Mozambique in which 600,000 weapons were exchanged for agriculture tools, sewing machines, building materials and bikes. The weapons were cut and used by artists as material for sculptures. The Tree of Life is a half a tone, 11 feet tall tree made out of recycled guns and is one of the most inspiring artworks I know. You can learn more about the program and the sculpture here  http://bit.ly/1zKU80Q.

The Tree Of Life

And on a personal note – I hate guns. As a soldier I had to carry one and I still feel the disgust when I remember the feeling of it. These poisonous metal snakes SHOULD be made into artworks and optimistic stories. I hope you’d enjoy this Magic Bagel issue as much as you enjoyed the previous ones and as much as me and Maayan (and Shasha helps this time too!) enjoy making them. Please share The magic bagel with your families and friends! And if your child or you made an artwork about the magic bagel or an ending to the story of Vera, who brought a magic bagel into a soup kitchen, send it to us!
You can get the previous Magic Bagel books at http://bit.ly/1wia0li for a suggested $5 donation to Doctors Without Borders or your local soup kitchen. We managed to raise more than $600 to these causes and we’re going to decide soon on an organization we’d like to support with this issue. Stay tuned for updates! 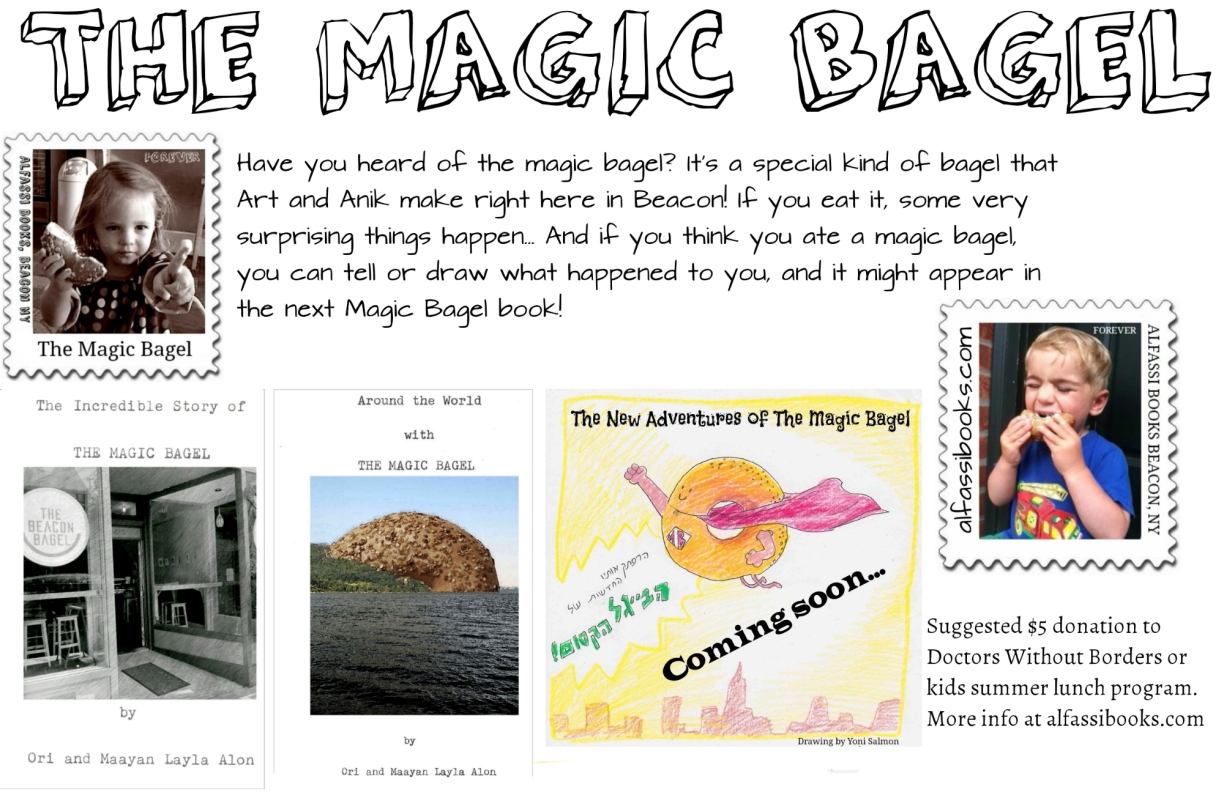 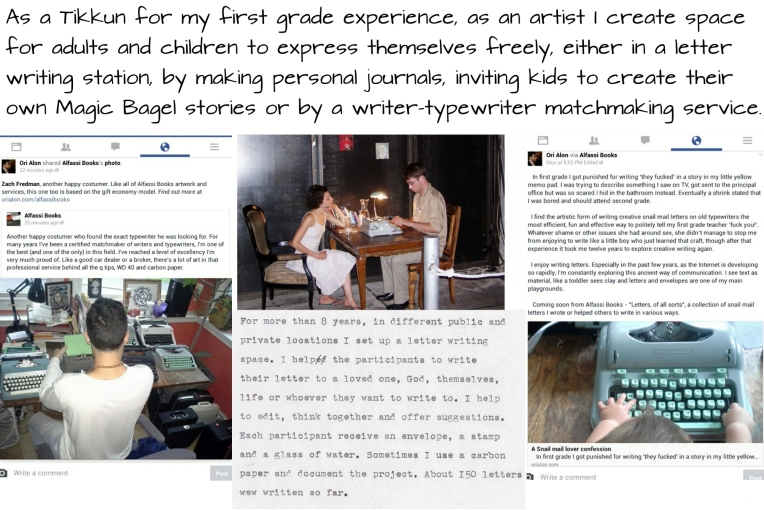 You can see more of my artwork and artistic services at www.alfassibooks.com.

The Magic Bagel is an interactive children’s book I co wrote with my daughter Maayan.

I helped about 20 writers to find typewriters, I’m not in touch with most of them but I know of a lot of great writing that was produced.
Here are some of the colorful handmade sketchbooks I make from old record covers, you can see more at the Alfassi Books website

“Perspective” is a short picture book memoir I wrote. Here’s the beginning, if you like it you can order a copy at Alfassi Books’ website.

Alfassi Books is a publishing house I started. It is based on the model of gift economy and offers children and adults literature and unique artistic services, like personal letters writing, alternative certificates and more. 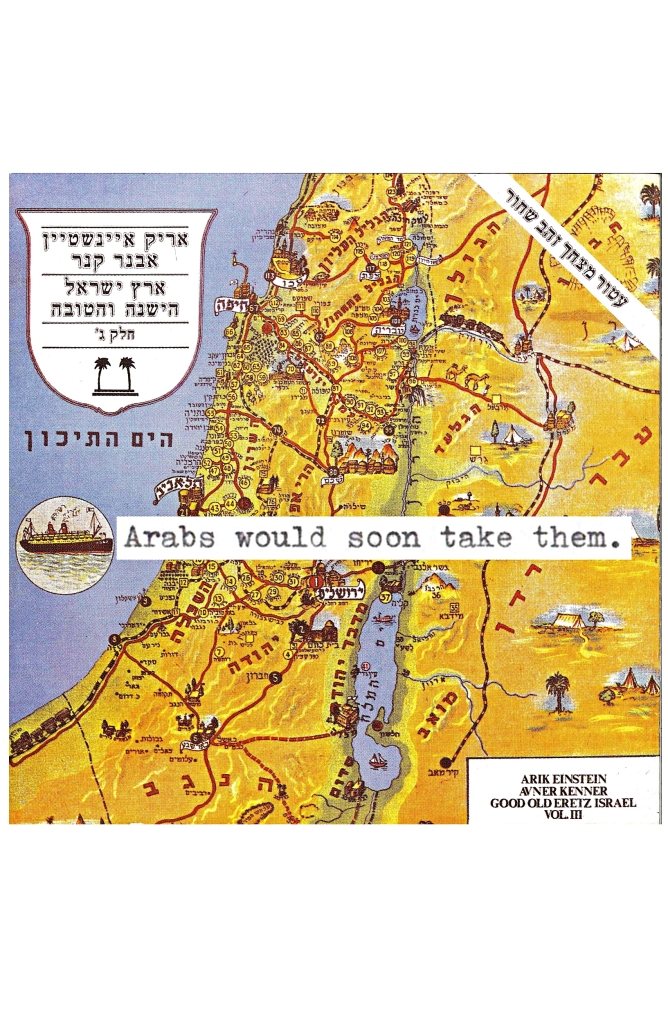 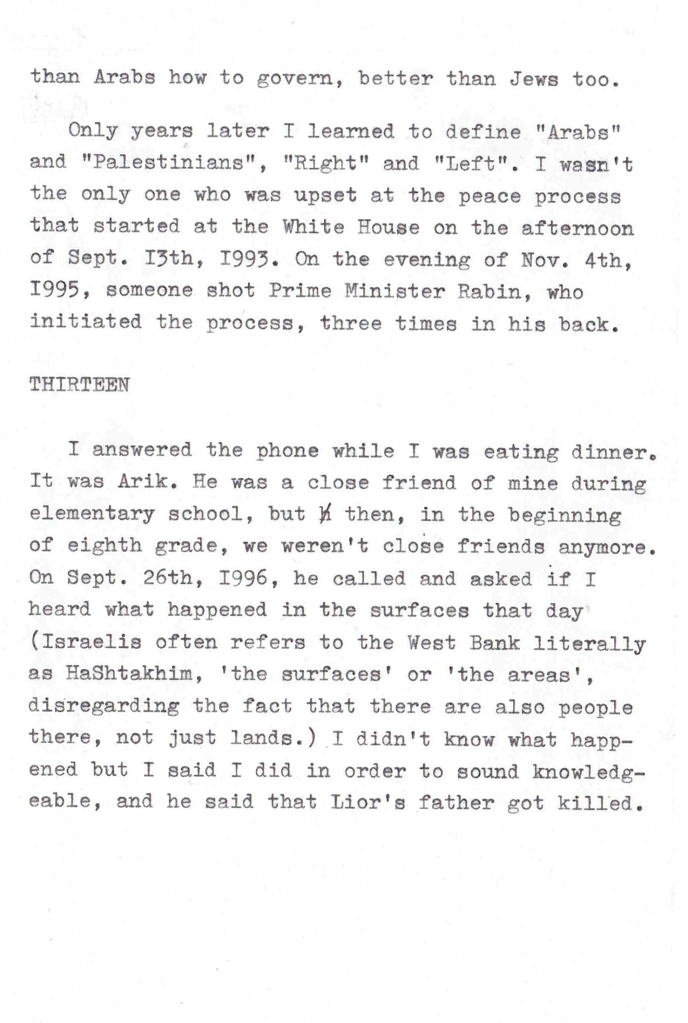 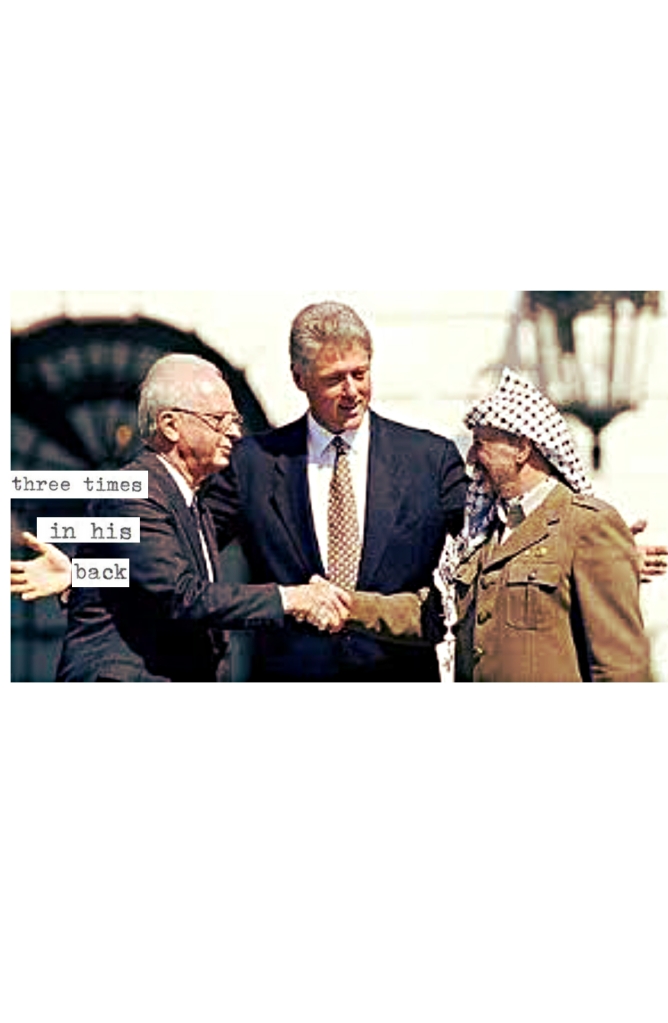 Coming soon, I hope to finish the booklet in a week. Order your copy here 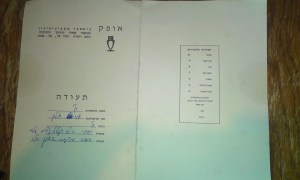 A friend from out of town came to visit our synagogue and said she wish there was a synagogue that is God-free. I told her that our synagogue is sort of God light, or diet God, but it was still too much God for her diet.

I don’t know whether God exists or not, but I honestly don’t understand why human beings spend so much time thinking and arguing about that. I mean we’re going to find out when we die anyway so why bother about it now? ‘What is God’ is a more of an interesting question to me than whether it exists or not, since it has so many different answers than just yes or no.

I do believe that acts of loving kindness count more than type of faith though.

What I love about our synagogue, BHA, is that there are about as many different views of Judaism and of God as the number of members, if not more (two Jews, three opinions, so it says).

Recently I made a few attempts to write funny things. To my surprise, it seemed to work. I’m not a funny person, or at least when I tell a joke about 43% of the times it’s too long and I forget the end. Most kids do find me funny though, especially the illiterate ones.

I’m a religious person, in a sense that I find humor to be holy. I find humor as one of the most magical things about life. Like birth, death, love and music its meaning and secret can’t really be understood. It is one of the only things that can unite people from different cultures in a positive simple way. It gives hope to life that is too often full of suffering. I believe people like Chaplin, Stewart and Baron Cohen, or at least their characters are one interpretation of faith according to this religion.

So the fact that a rant about baby stuff we want to get rid of or a facebook comment made someone laugh makes me very happy. Much happier than if I’d make someone cry with my words. Ideally, If I may wish for a writing skill, I’d like to be able to get both reactions at the same time with one piece of writing. And that’s probably a little too serious thing about humor what I just wrote.

On longings and other kinds of happiness על געגועים ושמחות אחרות
Blog at WordPress.com.
Loading Comments...